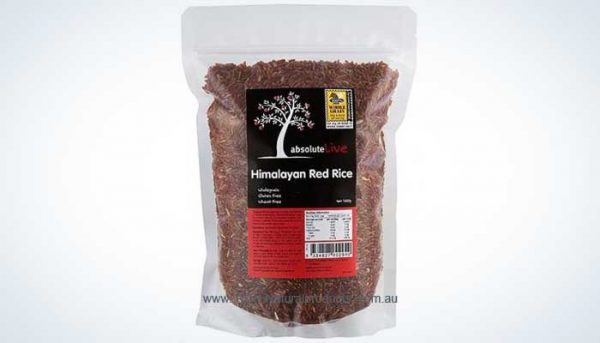 Himalayan red rice has been grown in Asia for many centuries, and is distinct from other types of rice in its flavor and nutritional value. Red rice contains a higher fiber content than white rice and it’s flavour has been described as earthy and nutty. As red rice grain contains more natural bran than white rice, it requires a longer time to cook. Therefore, it you are planning to incorporate Himalayan red rice into a recipe that normally calls for white rice, you will need to adjust the amount of time that you normally allot to prepare the dish. This aromatic rice is perfect for rice pilaf, and makes a lovely addition to salads.
Some food critics believe that the Himalayan Red Rice with the most aroma and richest flavor is grown in the foothills of the Himalayan mountains, in the Kingdom of Bhutan. When the rice is grown in this location, the plant gains specific benefits which are believed to be due to the elevation in this area, which is about 8,000 feet (2438.4 meters) above sea level. The flavour could also be credited to the water the rice is grown in, which is fed by a glacier above the patties.