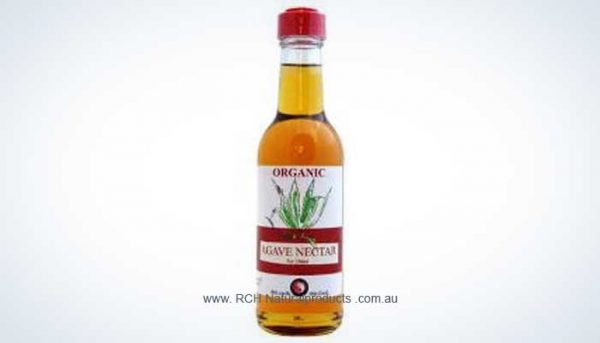 Our Agave Nectar is a natural sweetener with a low glycemic index, obtained from the Agave plant, a large, spikey plant that resembles a cactus or a yucca found in the volcanic soils of Southern Mexico. This delicious golden coloured syrup is composed of 90% fructose sugars and 10% glucose sugars. Because fructose appears sweeter to the human brain than granulated sugar, less is needed to achieve the same level of sweetness and fewer the calories consumed. In recipes, use about 25% less of this nectar than table sugar. While agave is best recognised as the plant from which tequila is made, it has also been used for thousands of years as an ingredient in food and is fast becoming the preferred sweetener of health conscious consumers, doctors, and natural foods cooks alike.